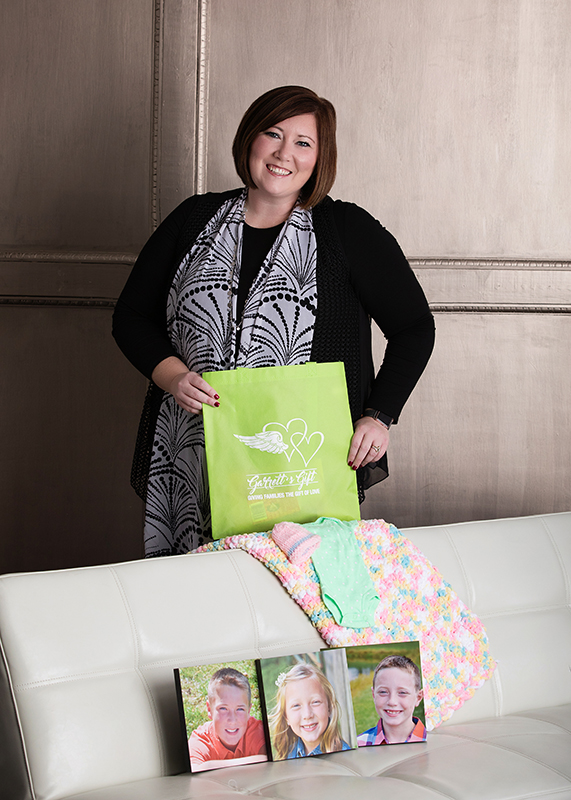 This time of year is always difficult for me. As much as I try not to think about it or let my mind go places it was 10 years ago…it does and now I know it is just the norm.

10 years ago…I can’t even fathom the fact that it has been that long. 10 years ago…I can replay almost every moment in my mind like it was yesterday. I sit and reflect on all life has thrown my way over the last ten years, and I have to say, it has been one heck of a ride. At the time I was 28 years old and thought I had it all figured out…in my mind, I had done everything I was “supposed” to do in this life. Up to that point, I graduated from college, moved back home, started my career, married my high school sweetheart, built our first home, obtained my Master’s degree, had my first child, was offered a wonderful job opportunity to advance my career in Human Resources, my husband started his career as a Fireman, and I was finalizing Sandi’s “life plan” to be done having children by age 30 – we found out we were having twins in February 2008. Life was amazing…I couldn’t have planned it any better myself. Ha! Now, as I reflect on that 28 year-old young mother/wife, she had never really experienced true pain or heartache in life.

Little did I know that in just a few months, my whole world was going to ripped out from underneath me. I was going to face pain, adversity and challenges in this life that I was not prepared for. On July 26th, 2008, I went into labor at 31 weeks and 5 days. My husband was in Canada as the Best Man in his best friend’s wedding. We had no reason to believe that a premature delivery was in store for us. The doctors gave us the thumbs up for My husband to travel out of the country because we were going to have “two healthy little boys” in a few weeks. Well, this plan was slightly altered. The boys were coming early and there was no stopping it. Through the mass chaos occurring to get me rushed to deliver the babies, I never once thought for a second that there was a possibility of me losing one or both of them. I remember saying, “we can’t do this right now because My husband isn’t here, we have to wait.” There was no waiting. At approximately 3pm on July 26th, 2008, my whole life changed…it was a true out-of-body experience for me. Garrett was delivered first and he was immediately rushed to the doctors and nurses…I never heard that relieving cry that all of us parents long to hear for the first time. My mom was in the room with me and had my husband was on the phone, and it was true chaos in that delivery room. Next came Wyatt, he too was rushed to the nurses and doctors with no cry. You could almost hear the praying and pleading with God at this moment from everyone in the room over the doctor’s resuscitation counts. Finally I heard one of the babies cry…I huge amount of relief came over me. It they could bring one baby back, I was hopeful that they could bring the other one back too. But my perfect story didn’t end so perfectly…the resuscitation counts ended, and I was told there was nothing more they could do, we lost one of the babies. I am pretty sure at that point, I blacked out…at least mentally. I went into a state of shock and not even sure for how long. I remember bits and pieces but my next very vivid memory was that of my husband walking into the hospital room emotionally drained and he ran to hug me and love on Garrett who had been in the hospital crib in my room most of the day. I could not hold him…I didn’t know what to do. I think I thought that it was all a really bad nightmare, and I was eventually going to wake up from it. My husband gave Garrett to me, and I am forever grateful to him for letting me have that moment with Garrett…to hold him and tell him Goodbye. My husband also wheeled me down to see Wyatt in the NICU. I wasn’t able to touch or hold him but I was thankful that he was able to stay at the Bloomington Hospital with us instead of having to go to Riley in Indianapolis.

Many people have heard some version of our story….there are a lot of details left out but I want to redirect this post to the years following this traumatic event in our life. The seconds, minutes, hours, days, weeks and years following this day were very difficult and challenging for us and for those close to us. My husband had to find a gravesite, make funeral arrangements, etc…things parents should never have to do. God had thrown us a huge curveball (my husband would probably say a sick change-up), and we honestly didn’t know what to do. We had gone through the initial steps of the grief cycle all in a couple weeks – shock, denial, guilt and anger. Our Faith was put to the test and there was a clear time when we were angry with God. How could he possibly let this happen? People would tell me that it was part of God’s plan…at the time I thought, “screw God’s plan!” I didn’t want to hear about that at that time. Garrett should be with us, he was just an innocent baby. In retrospect, I can say that I was being pretty selfish because it wasn’t part of “my plan”. Over the years to come, I would continue down the grief cycle of bargaining, depression, and loneliness. My husband and I grieved very differently months and years after losing Garrett. I tried to focus on Wyatt and Rhett (then 3 year-old brother) and bottled up all my emotions. I knew I had to be strong for them so there wasn’t time for me to take care of myself. I now know that wasn’t the best way to handle the situation but I was learning as I went. At about the 2 year mark, My husband and I recognized that we weren’t communicating, and it was time to start therapy. I am thankful we committed ourselves to the process because it allowed us to reconnect and understand how the other was dealing with the grief. We were on two different ends of the spectrum. The statistics on divorce rates amongst couples who experience a stillbirth or child loss were staggering, and we knew it was going to be hard but our marriage and family were worth it. We also started the Team Wyatt & Garrett March of Dimes team around this time so it allowed us to put our energy in something positive and to raise awareness about what had happened with the Twins. It was exactly what I needed to start the upward turn and acceptance part of my journey. I started to see the light again. Our team grew each year from family to friends to coworkers to the NICU nurses that cared for Wyatt…we had an amazing support system. I always knew in my heart that one day I wanted to start my own non-profit to help remember Garrett and to give back to others in our community that might experience such a traumatic event as we did but I wasn’t ready to make the leap. Around this same time frame, I started having a feeling (call it mother’s intuition) that I was ready to have another baby. I felt strongly that I could not end on that pregnancy…it was too traumatic to have it be my final experience of bringing a child into this world. My husband was initially against the idea, he could not imagine going through anything remotely close to what we did almost 3 years prior. I just kept feeling this huge whole in my heart and not that another baby was ever going to replace Garrett but I just felt like it would help fill that whole a little. We became pregnant in 2011 with our 4th child, our rainbow baby. Scarlett Grace was born in December of that year and thankfully she came into this world healthy with no complications, just like her oldest brother, Rhett. She was perfect in every possible way…the true rainbow following the storm. If you ask her today what her name means she will tell you that it was by the Grace of God that she is here with us today.

In January of 2014, I was given the opportunity to make a pretty big career change for myself. I had been a Director of HR for a large school corporation…the job and title I had worked so hard towards throughout my career but something was missing. I didn’t know exactly what it was at the time but I have always trusted my gut and it was telling me to take the leap. I have since been with JA Benefits, and it was one of the best decisions I have ever made for myself and family. When you work for a company that encourages passion, growth, natural curiosity and being comfortable being uncomfortable, you start to push yourself to get outside of your comfort zone. When you surround yourself with others that push you to be better and truly want you to succeed in this life, amazing things happen. Since being at JA, my husband and I started our non-profit, Garrett’s Gift, Inc in 2015 serving local families in our community who experience a still or premature birth. We work with the local NICU (same one Wyatt spent 31 days in) providing care packages for families to help support them during a challenging time. Children are our most precious gifts and anytime a family experiences a loss or a premature birth, it is a tough journey so we want to be able to provide just a little light for them during those dark times.

10 years have passed, and I have grown so much as a mother, wife, colleague and human being. I am not going to lie, the pain is still very much prevalent in my life. Not a day goes by that I don’t think about Garrett, but I choose to find strength in the pain and look for ways to serve and support others through my pain. When I get personal messages from families that received a Garrett’s Gift bag at the hospital, it truly is one of the greatest joys I get to experience in this life. I might shed a few tears reading about their stories but I always smile great big knowing that our little non-profit helped in some small way. It sometimes helps just knowing you aren’t alone during these dark times. I really do think God had a much bigger plan in store for me and my family when he delivered a pain like no other. I know he doesn’t give us more than we can handle and although there were days that I seriously questioned my ability to overcome such tragedy, but I just took one day at a time. Everyone has their own story of pain and hurt, and I hope sharing our story and reflecting on the last 10 years gives those in a time of need some glimmer of hope. I will close with a quote from the television series, This Is Us. “I like to think that you took the sourest Lemon that life has to offer and turned it into something resembling Lemonade.” God Bless!